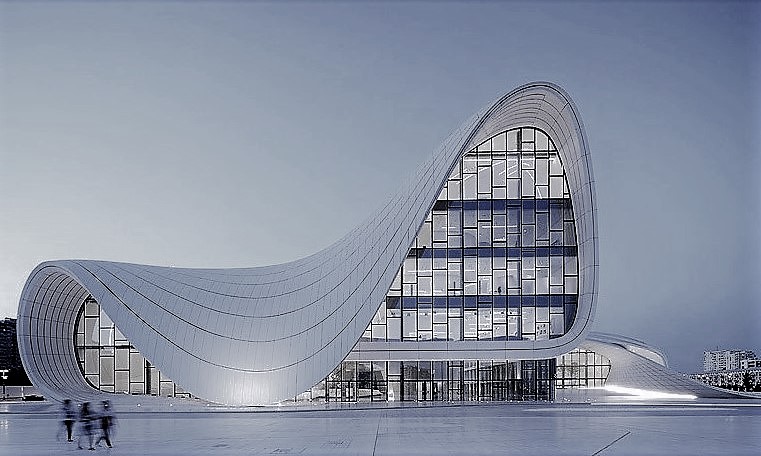 There are various studies that associate human emotions with shapes, and most of them seem to indicate that curved shapes are more appealing than linear ones. If we were to interpret that in terms of architectural designs, it would mean that people are more drawn to contemporary, freeforming structures than traditional, rectilinear buildings. What makes these modern-day buildings stand out is that they are not just functional, but they are also works of art. So, what has changed between now and then?

Earlier, architects were constrained by the inability to produce curved surfaces, which reflected in their low-complexity, symmetric designs. But somewhere in the last two decades, this changed. It finally seems like we have been liberated from one-dimensional designs. There are various factors that influenced this change, but the primary aspect has been the introduction of technologies that allow the formation of curved shapes. With the advent of machines that allowed curved panels to be produced, more architects began introducing free-form into their designs. But the challenge does not end there. While single-curved surfaces are easy to produce, it is a different ball-game when it comes to double-curved surfaces. Not only do double-curves pose structural challenges, they are also extremely expensive to make. Curving techniques like CNC milling help produce the desired curvature, but they are neither operationally efficient, nor are they cost-effective.

Innovations like 3D printing, knitted formwork, multipoint stretch forming and reconfigurable moulds on the other hand, have helped alleviate these concerns to a large extent. But none manage to offer the unique combination of high-velocity and zero-wastage production, like the Adaptive Mould does. These moulds in fact do away with the need for having moulds at all, and have been designed to work in a lean manufacturing environment. These machines are capable of producing double-curved panels, in a wide-range of material categories. They are made-to-order, depending on the size of the panels, which in-turn is decided by where the panels are going to be used.

More and more architects are beginning to take cue from nature to design buildings that take on freeforming shapes. Architectural marvels like the ones designed by Norman Foster, Zaha Hadid, I.M. Pei, and the likes, would not have become a reality, had they not dared to think beyond linear shapes. Technologies like the Adaptive Mould can help architects manufacture non-repetitive freeform panels, without the need for formwork or worrying about escalating costs.

Inspired by Heritage and Nature

There are several examples from vernacular architecture, where historically, curved shapes were used to achieve a functional need and offer aesthetic value at the same time. The designs of these structures were influenced by various factors such as local climate, culture and availability of raw materials. Today, architects are trying to revive the use of curved shapes in mainstream architecture. However, this trend is born out of the desire to give the world more structures that are inspired by naturally forming shapes and has less to do from a functional standpoint. These are certainly exciting times for the architectural world, and for us – we are excited to see what new iconic structures emerge using the adaptive mould technology.