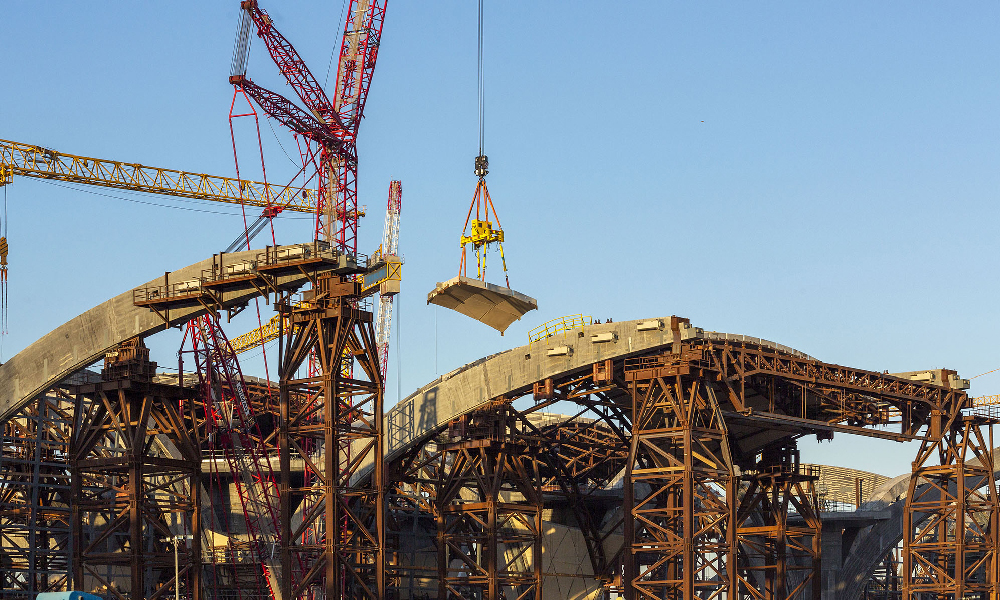 “the moulds for the blocks were designed by Adapa, a Danish company specialised in mechanical innovation and computer aided mould manufacturing. The design of the structure was undertaken by Werner Sobek, while the roof’s construction methodology was handled by the Robert Bird Group”

A significant milestone has been reached by Limak Construction this week on the Kuwait International Airport New Terminal 2 (T2) project.

The firm’s on-site factory celebrated the production of 30,000 shell cassettes required for the inner roof of the T2 project. Over 80% of the terminal’s inner roof is now fabricated and 39% of it has been installed. The progress is a major milestone in the construction of Kuwait’s new gateway, the firm explained in its statement.

Limak said work is ongoing in full compliance with regulations set by the Ministry of Health and other official government bodies in Kuwait in response to the COVID-19 pandemic.

Under the full support of the government of Kuwait, Ministry of Health and the Ministry of Public Works (MPW), Limak is taking the preventive actions necessary, while keeping work at the site, offices, facilities, and support centers under strict control, and in accordance to the directions of the Limak Health, Safety and Environment (HSE) team, the firm stated.

“Working at a steady production rate, we are taking all the proactive and precautionary measures necessary to keep our construction site and employees safe while continuing work on T2. The shell cassette fabrication is now over 80% complete with 39% installed since the start of casting in December 2018. The terminal’s roof structure is made up of 36,964 shell cassettes in different shapes and sizes that are repeated only three times,” said Limak project director Richard Meredith.

Weighing an average of seven tonnes with a maximum of 12 tonnes each, shell cassettes are the building blocks of the airport’s roof structure, the statement said.

The blocks are modular and, when connected, form the domes that cover and span the terminal’s entire interior space.

These innovative and unique segmented dome structures will span up to 137m, said Limak.

“We plan to produce and install the remaining shell cassettes by August 22,” Meredith remarked.

As per the statement, the moulds for the blocks were designed by Adapa, a Danish company specialised in mechanical innovation and computer aided mould manufacturing. The design of the structure was undertaken by Werner Sobek, while the roof’s construction methodology was handled by the Robert Bird Group, said Meredith.