Museum of The Future 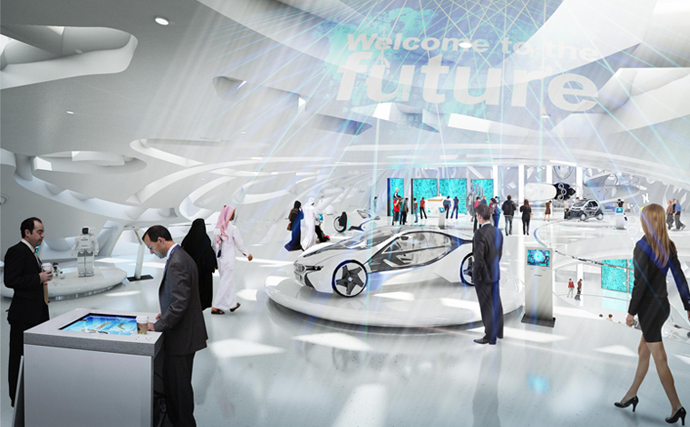 Museum of The Future

Dubai has seen rapid economic and infrastructure growth over the past decade, which is unparalleled anywhere else in the world. And not only has this boom led to an uptick in the number of expats making the emirate their home, it has also lured numerous investors to come be a part of this incredible growth story.

Dubai wants to be at the forefront of ground-breaking technology – it wants to be 10 years ahead of all the other global cities. It wants to be the hub for future technology innovations, making sure that it’s future-ready. The leadership of Dubai realize that this can only be made a possibility by reskilling its existing workforce and extending its cooperation with global technology partners. Keeping in line with this vision,

His Highness Sheikh Mohammed Bin Rashid Al Maktoum has laid out a roadmap for the future called the ‘Dubai Future Agenda’, which chalks out strategies around specific roles that each sector will play in Dubai’s growth charter. This agenda gave birth to the Dubai Future Foundation, which will oversee all the futuristic initiatives by the Dubai government. One such initiative is the Museum of the Future.

The Museum of the Future is a LEED Platinum accredited, torus-shaped building, currently under construction adjacent to the Emirates tower on Sheikh Zayed Road in Dubai. It is slated to open its doors to the public, towards the end of 2019. The museum aims to be an incubator for innovative solutions and inventions of the future, partnering with some of the leading names and brilliant minds, cutting across various fields. Its motto, ‘See the future, create the future’ implies that the museum will not only house the latest cutting-edge technology, but it will also drive its creation. Aside from this, the museum will also play host to conferences, fairs, talks and workshops.

The design of the building was inspired by Feng Shui. According to the designers, the building’s oval shape represents the fertile fields of the earth and the limitless imagination of the sky, and the empty space in the center denotes the unknown.

The exterior of the building is made up of 890 stainless steel and fiberglass fused (GFRP) panels. The panels on the external facade, which are in fact highly engineered windows, is adorned in Arabic calligraphy (snippets from H.H.S Mohammed Bin Rashid Al Maktoum’s poetry).

On the inside, the freestanding double-helix staircase which is both functional and aesthetically breathtaking, was the most challenging according to the developers.

Established in 1997, Advanced Fiberglass Industries (AFI) is a UAE based supplier and manufacturer of advanced composite components for architectural design, theming, transportation and the military markets.

AFI was brought onboard the Museum of the Future project by the contractors, to help build an internal façade for the museum lobby. The reason why building the façade proved to be so complex, is its unique hyperbolic paraboloid shape, where each panel has a non-repetitive shape. Considering that the façade was 80 meters long and that there was a total of 225 panels, AFI would have had to make 225 unique moulds using traditional CNC machining techniques. Not only would that have been extremely time consuming, it would have considerably escalated the costs as well.

That’s where Adapa stepped in and allowed AFI to produce those panels with much more precision and in lesser time, using our adaptive moulds. Adapa installed a three-mould setup at AFI’s facility and provided consultation over several weeks to help their engineers and technicians get accustomed to our mould. Adapa’s flexible mould border solution called Snap-SnapTMhelped AFI set-up accurate perimeters around the panel shapes, while pouring their proprietary composite mix onto the mould.

By using Adapa’s adaptive moulds, AFI was able to:

Brought down the wastage of moulds to zero

Cut total cost of creating the façade by 50%