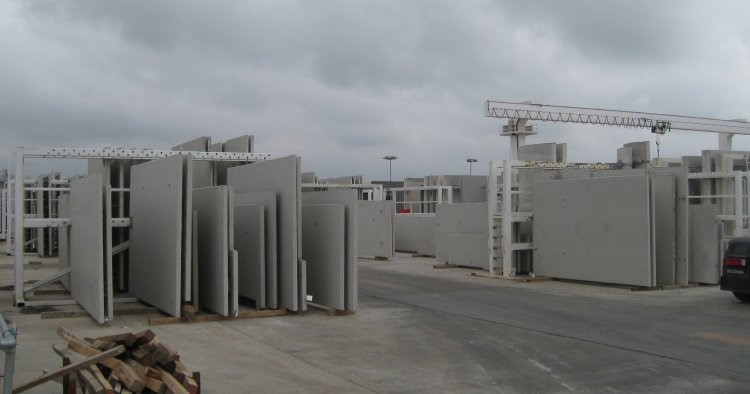 During the past decades, vast amounts of time and money have been spent promoting modern unique architecture, as one of the core benefits of concrete is the ability to cast in free form. At the end of day, the admirable efforts may be waisted in the concrete casting process, as the present dominant moulding forms are standardized and linear.

Throughout the 20th century architecture concrete has been one of the dominant preferred materials. Concrete is composed of a combination of materials, often sand, stone, cement and water, that are mixed and poured into moulds. It is the moulds that determines the shape of the concrete design, and thus it is the mould that create the limitations and rule the design outcome.

In general concrete is considered as a “low cost” material, compared to the cost each cubic meter. The mould cost may increase the final product cost considerably, when considering the cost of designing, manufacture, assembly, and disposal of a used mould. To reduce the mould cost, reuse of moulds for casting concrete is a technique that replicate the concrete elements and constructions.

Many constructions and buildings succeed in demonstrating the long-life durability of concrete, while only a few express the freeform capability, as the mainstream architecture is based on rectilinear standard sizes. Concrete strength and durability are still in focus but why did the architectural restrictions occur and how can we break down the limitations to release the full design capabilities of concrete?

The origin of concrete moulds

Ancient Roman builders made use of concrete and soon poured the material into moulds to build their complex network of aqueducts, culverts, and tunnels.

In 1867 Joseph Monier was a gardener and his idea were to develop permanent planters at a low price. He patented different products made of reinforced concrete.

In 1899, Thomas Edison founded a concrete company that produced high-quality Portland cement. He looked at how to utilize the freeform capabilities in concrete when producing full objects as refrigerators, pianos, and entire full-size houses.

Concrete casting of smaller full-size objects, are still in use and wide spread in mass production of concrete products.

Edison was searching for a construction process that could be easily replicated to achieve ‘mass’ production and, thus, sell more concrete. In the 1910s, he successfully cast house prototypes by pouring the concrete in a single shot. However, the casting molds were very complicated to assemble as they were composed of more than 2,300 pieces; consequently, only a few houses were built.

Thomas Edison did not succeed in the manufacture of full houses, as his “failure” was not the use of the material, but of misunderstanding the constructive system. The free form capabilities were well demonstrated, but the first movers could not compete with a system where design and manufacture of parts, bits, and modules each with its own function and tool requirements, is used to construct full-size houses.

Based on the concept of reinforced concrete the next logical step was the invention of precast concrete elements because prefabrication has great advantages compared with in-situ concrete (quality, speed, health and safety).

In the modern world, precast paneled buildings were pioneered in Liverpool, England, in 1905. The process was invented by city engineer John Alexander Brodie. The precast slab technique was adopted in construction of the tram stables at Walton in Liverpool 1906.

The idea was not taken up extensively in Britain. However, it was adopted all over the world, particularly in Eastern Europe and Scandinavia.

During the 60s, 70s, and 80s, the Soviet Union was under radical urban development. Entire buildings and cities were designed in central offices and constructed in Soviet territory. They decided to develop standardized concrete panels that could be arranged to consolidate multi-story buildings.

Examples can be spotted throughout Europe (Karl Marx Straße in Magdeburg and Berlin) and Russia. The city of Tashkent is representative of the different types and possible arrangements of these concrete panels, including decorative, and stylistic patterns.

In 1967 Israeli/Canadian architect Moshe Safdie successfully conceived tridimensional concrete modules. ‘Habitat’ is one of the most acclaimed works in architecture due to its grey aesthetics and messy arrangement. Its design is based on a logic conception of modularity, which is by itself an architectural manifesto. Safdie opened the door to standard concrete modular design.

The precast systems developed were so-called solid precast systems (connection of precast elements by means of grouting, welding or bolting). These systems were used to build very uniform apartment buildings. There was not much room for flexibility because flexible molds for solid parts were not available.

These solid precast systems had advantages and limitations. The most significant limitation was the uniformity of the buildings and ground plans, as well as the limitation of high-rise buildings when it came to high seismic loads. One advantage is the industrial principle, which is the basis for the constructive building system.

Development of the industrial precast system

In the middle of the 60s, the lattice girder was used for precast products, which was the starting point for the industrial production of precast elements on a broad basis. The production units were very simple at that time, consisting mostly of fixed beds in open areas and in basic production buildings. A tower crane in open space or an overhead crane in the building were the most important tools for the production.

Development of the double wall

The driving factor for a further development was the need to optimize the building process and cut down work on the building site, as well as to increase the quality of the product and buildings. In the years from 1980 to 1985, the half precast wall, the so-called twin wall, was invented and introduced to the market.

The second phase of development was characterized by two inventions in the period 1985 to 2005. The personal computer in connection with CAD (computer aided design) software to generated electronic data of the product and on the other hand the PLC control system (PLC = programmable logic controller) to control automated machines.

The general development of IT systems made it possible to implement automated machines (e. g plotters and concrete spreaders) into the production process and control them using CAD data.

This was also the first step towards CAD/CAM-controlled production. Adding collaborative technologies from other industries, such as pallet carousel systems (invented in the 60s), it was possible to reduce the man hours per m² by two thirds compared to manual production on beds. Simultaneously the quality of the product was improved (surface, edges).

The precast concrete we know today have been developed by multiple sources as modules for the constructive system. This development was driven by the need for industrial mass production. The developments and collaborative technologies are all improvements and addons to the standardized flat casting tables that originally was developed in the 1960s.

However, architects and designers have continued to use and create diverse types of molds and casting techniques to explore the limits of the material and achieve more free form design options.

Innovation and Development of moulds and intelligence

Traditionally, concrete has been cast with wood and/or other solid materials. The moulds have been manual constructed and operated, with little or no capabilities to be used as a reconfigurable tool. Either as a one-size-fits-all or as a one-off moulding device.

The entry of Building Information Modelling (BIM), Computer Aided Manufacture (CAM) as well as Reconfigurable Tooling and Moulds has led to a situation where software and robotic technologies opens up for industrial mass production of uniquely curved precast concrete. The future development step that will enable and facilitate the freeform concrete design desired by architects, are new technologies such as 3D printing and flexible mould.

Groundbreaking developments have been demonstrated in extensive use of prefabrication and design-to-fabrication processes that makes it possible to build geometrically complex reinforced concrete shells, without complex formwork or expensive scaffolding systems.

To construct Kuwait International Terminal a total of 37.000 precast concrete cassettes have been produced utilizing adaptive moulds. The concrete was cast on a reconfigurable flexible surface which could be adapted according to the information from the CAD model. Contrary to the common way of producing moulds for double curved geometries CNC milling foam materials, an automated process was developed, thus avoiding labor-intensive operations and waste production.

The use of adaptive moulding in Kuwait International Airport is a clear step forward in comparison with classic shell structures of the 20th century. The development and integration of automatized processes and a direct chain of control from design to fabrication were fundamental to guarantee the high level of precision required.

The technologies for releasing and revealing the freeform potential in precast concrete is there.

All industries are reluctant to investments in new technologies and production techniques, even demonstrated to be successful. However concrete history indicates that it is the followers that benefit the most by adopting the groundbreaking innovations.

New materials such as a large range of composites for construction and facades are entering the market demanding new flexible solutions and design options.

History has demonstrated that concrete construction is mainly determined by the mold used and not in the material itself. Therefore, the casting techniques have to be considered as relevant in an integral part of a concrete element. The technologies are present, and they offer automation, rapid process, flexible solutions at low cost and no waste.

Concrete is an elemental construction element; and even as its materiality remains consistent over time, concrete holds the potential to become the future material for curved and geometric complex constructions. It just needs to be released from the 2D linear mould imprisonment, to reveal the forbidden curves of precast concrete.

Re-publication of this article is allowed giving appropriate citations and references.